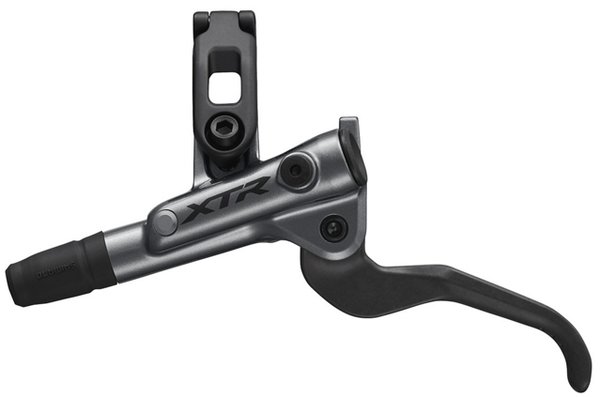 The Shimano engineers have redesigned the XTR 9100 brake levers from a braking system that had been already the benchmark among mountain bike braking systems. For the BL-M9100 levers both the clamp and the lever body itself have been modified. The clamp moves further into the middle of the lever and is angled. This cleverly supports the outer end of the expansion tank directly on the handlebars and creates an additional counter bearing for lever actuation.

This significantly increases stiffness and stability, what ultimately leads to an even more direct brake feeling and improved control. So the BL-M9100 is 10% stiffer than its predecessor, too. Of course, the reach of the lightweight XC brake lever with a magnesium housing is individually adjustable. Thanks to the I-Spec EV design the XTR SL-M9100-I shifting levers can be mounted directly to the brake lever.